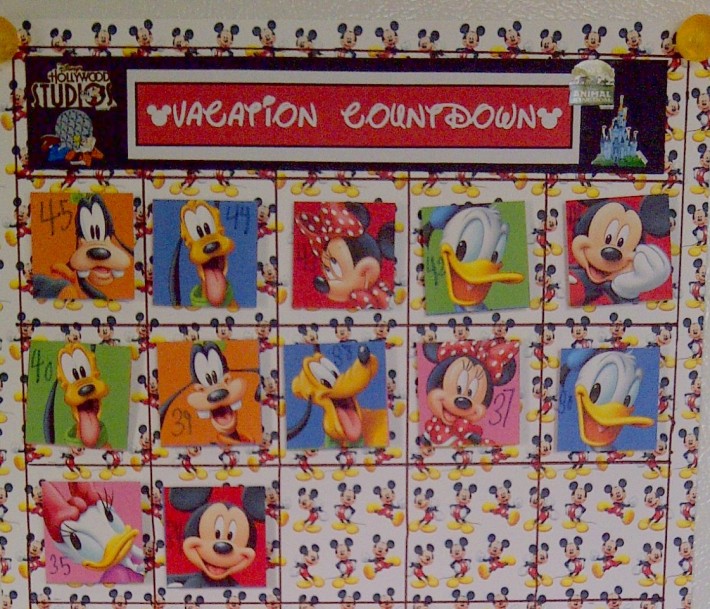 34 Days to Disney!  How do I know?  Because The Boy and I made a countdown!  He’s in Kindergarten now and this is the first year he’s really looked forward to vacation.  He just loves calendars so this was perfect for him. 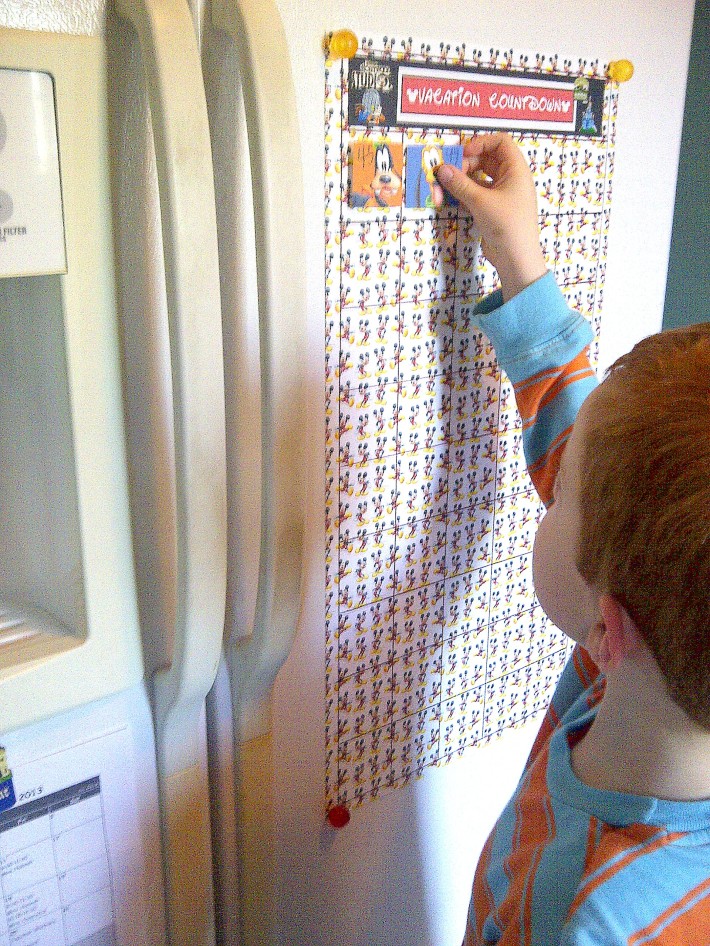 I had seen so many great ideas on Pinterest that involved using the Disney paint chips from Home Depot.  I was feeling a bit guilty about going in and swiping the chips, so I quickly scrapped that plan when I found something better (and easier on the conscience) at Michael’s.  (Good thing!  I’ve since discovered that Home Depot doesn’t even sell Disney paint anymore.  Home Depot was probably losing money on all those sneaky crafters.) 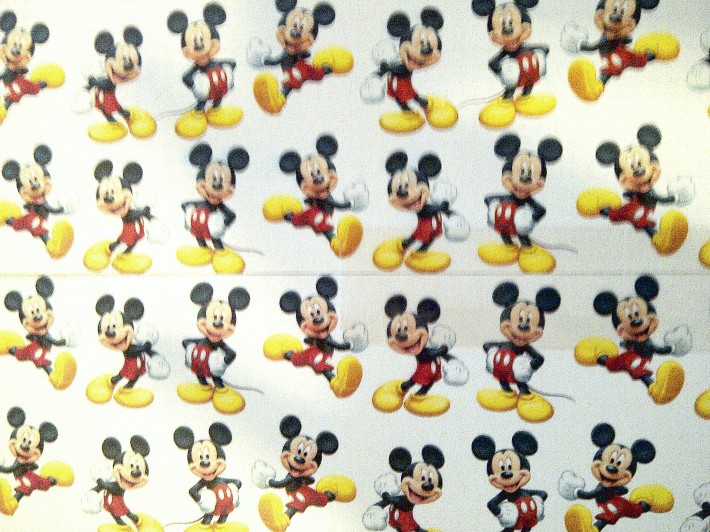 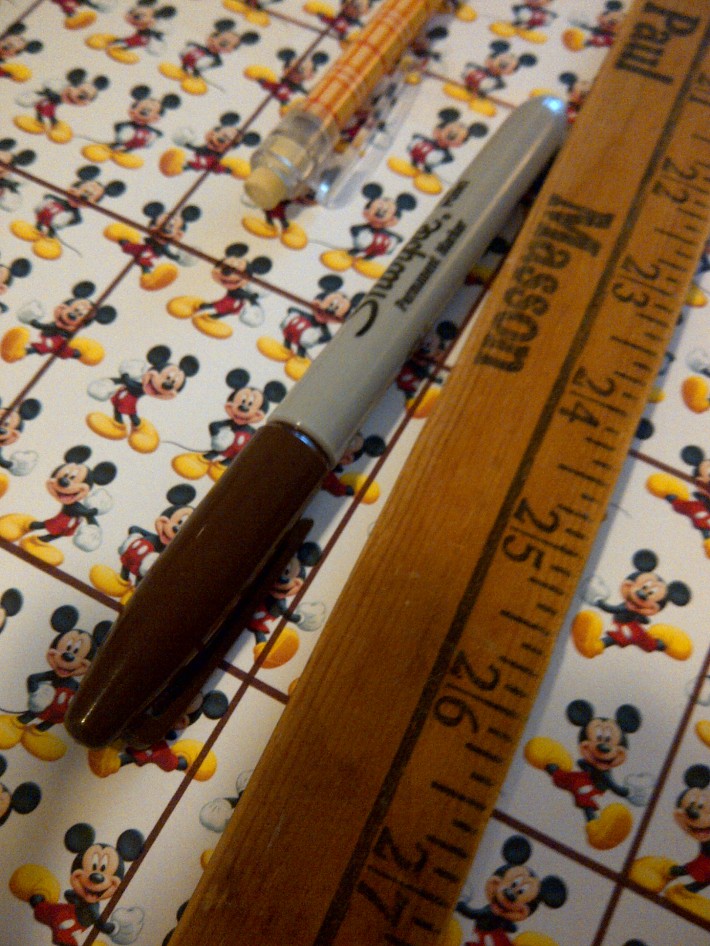 In the DEAL OF THE CENTURY, I found another 59-cent scrapbook paper (12″ x 12″) that had 49 square pictures of the Mickey’s Clubhouse characters!  That went into the paper cutter… 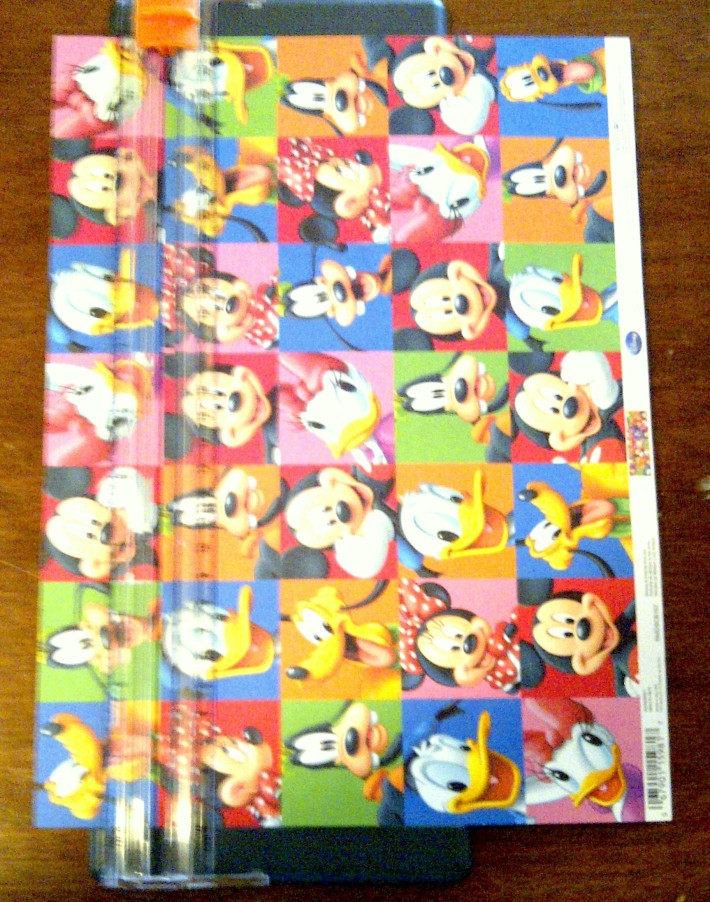 … the little guy numbered each square in his adorable Kindergarten handwriting… 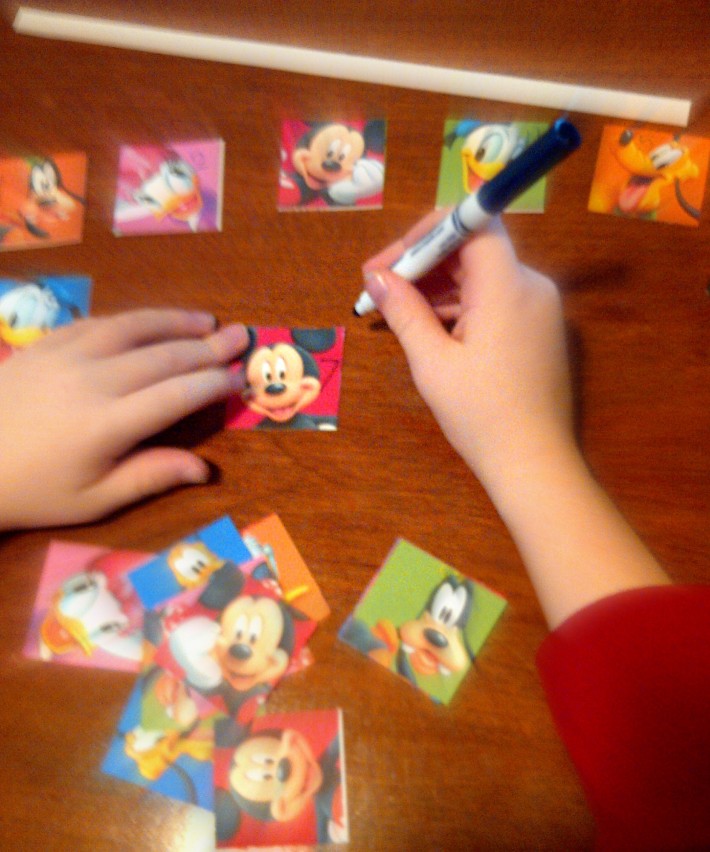 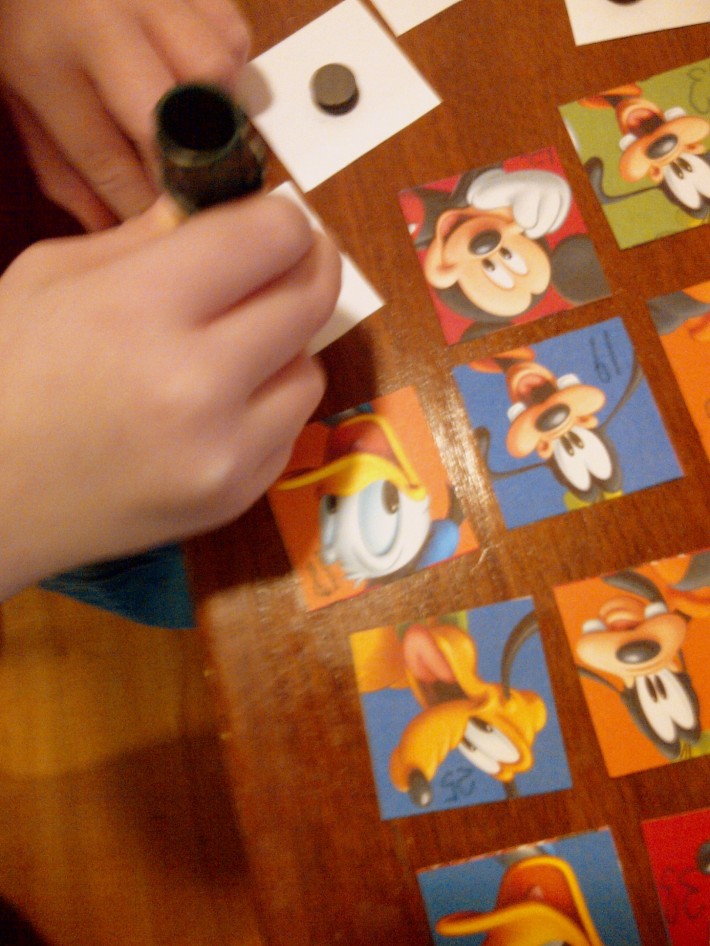 …and the boy now has his own calendar-style countdown.  I store all the calendar magnets – stacked in order, so he can quickly reach in and grab the appropriate piece – in a plastic dish near the fridge.  We made our project a week ago and so far, he has been doing the countdown every day without my mentioning it.

Anyway, after we finished the basic calendar grid, I couldn’t leave well enough alone.  I did a Google search for Disney fonts, 3 of which I downloaded for free (Waltograph is my favorite, but Walter and Waltograph UI also deserve honorable mention).  I printed up this header – mounted on construction paper – and dug out some park-themed stickers purchased on our last Disney jaunt. 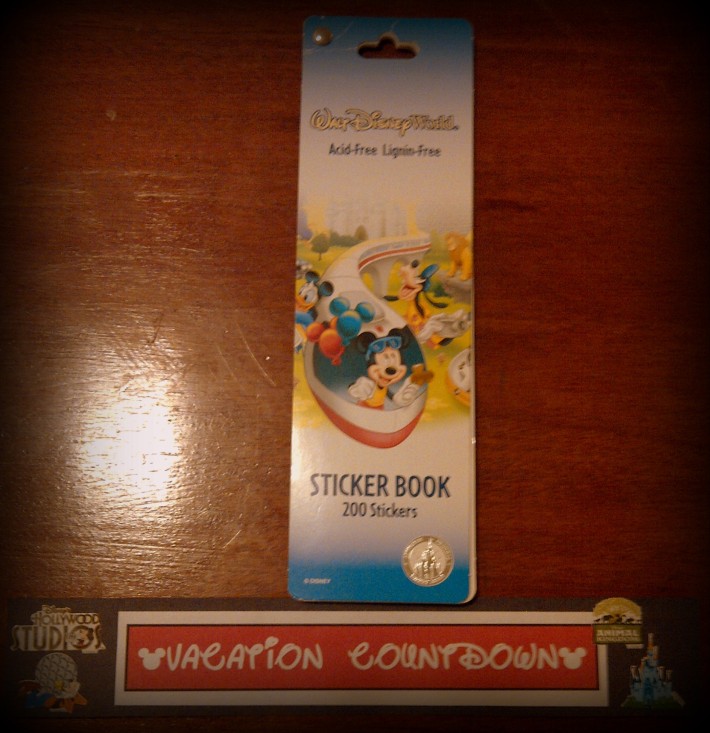 Three things I love about this project:

(1) It’s re-usable.  We go to Disney annually, so I can see this countdown being requested again next year.

(3) It was a project the The Boy enjoyed helping with.  Quality Mom and son time is the best!  Plus, since he numbered the squares himself, it will be so much fun to reminisce over his 6-year-old handwriting in the years to come. 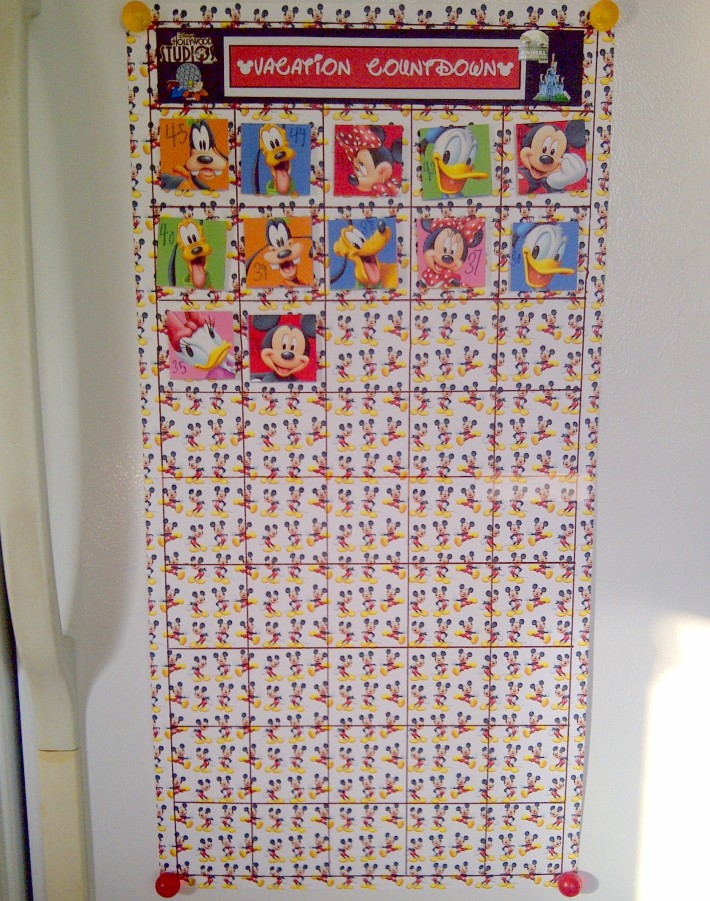